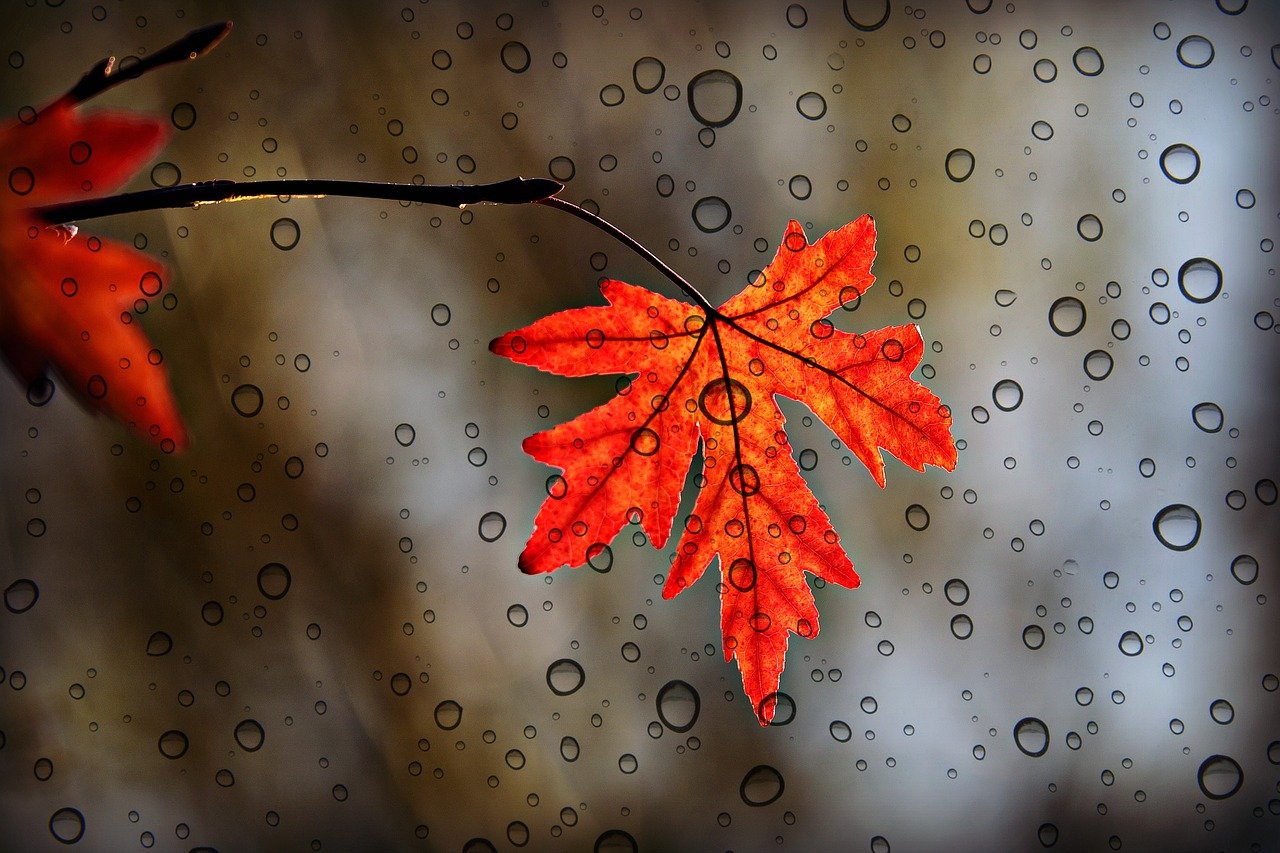 As I’m writing this post, it’s typical November weather in my part of the world: gray and rainy. I actually happen to love it, and so I’ve been thinking – what better vocabulary topic for this week than – rain!

Let’s start from the beginning. When the weather is very cloudy and dark you can describe it as overcast and dull.

When it’s just starting to rain, you can say that it’s spitting.

If it’s only light rain, it’s a drizzle. This word collocates with adjectives such as fine, light, thin, gentle (all of these go with ‘rain’, as well): Light drizzle has been falling all morning.

Perhaps you’ve had just plain, normal rain that keeps falling on and on, for hours or days even. You can describe it as steady or constant: We’ve had constant rain since Tuesday.

Heavy rainfall is a downpour, and it can be quite sudden. A short downpour is called a shower – it’s often used in plural to indicate changeable weather, with heavy rain falling on and off: Tomorrow will be cloudy with showers in the afternoon.

Downpours are heavy, torrential even – the sort of rain that can cause floods. To describe them, you can also use the phrase pouring rain. For example: I was caught in a heavy downpour yesterday. Torrential rains have caused massive flooding.

Apart from the often mentioned idiom It’s raining cats and dogs, in the context of heavy rainfall you can also use some of these evocative verb phrases, all of which go with ‘down’ (mainly British English, some very informal):

What about a combination of heavy rain and strong wind? You can describe this by saying that it’s raining sideways.

If you get caught in a downpour, you are most likely to get very, very wet. In this case, you can say you’re soaking wet or drenched. To avoid that, don’t forget to take your umbrella (or a brolly, informally); personally I don’t like having to carry mine around, so I choose to wear a raincoat instead.

Also, think about suitable footwear for rainy weather: if you don’t want to get your feet all wet, it needs to be waterproof. You’ll probably be safest with a pair of wellies, which is short for wellingtons / wellington boots – a type of rubber boots known in other parts of the English-speaking world as gumboots, galoshes, mud boots, rain boots etc. Here are mine, from a recent forest walk:

Back to rain-related vocabulary, you’ll find many other words and phrases used in regional dialects, some of them quite colourful, such as raining forks‘tiyunsdown‘ards (a Lincolnshire phrase for heavy rain) or one of my favourites – fox’s wedding – used to describe the weather when the sun shines and the rain falls at the same time. Additionally, there are many idioms containing weather vocabulary, but with completely metaphorical meaning; we’ll have a look at such examples in one of the upcoming posts. In the meantime, if you want to learn more words and phrases on this subject, you’ll find additional resources at the Grammaticus Rain board on Pinterest.

Finally, if you enjoy the rain as much as I do, you can describe yourself as a pluviophile – a lover of rain. Not a very common word, though, but there it is!