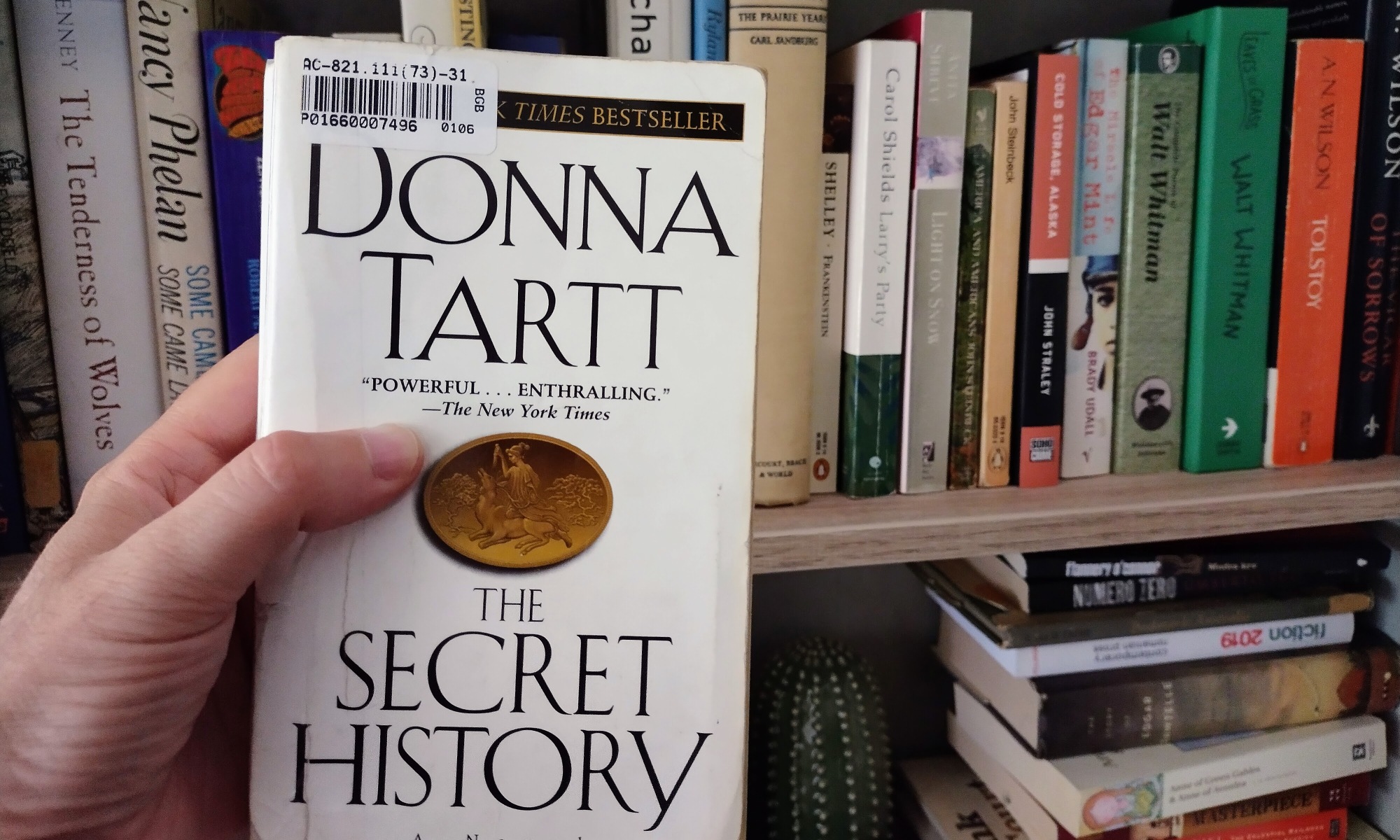 Donna Tartt’s debut novel “The Secret History” was first published thirty years ago, but it’s one of those books that age really well. In terms of genre, it’s been described as a campus novel, but don’t mistake it for a piece of YA fiction set in a college; nor is it, in spite of the suggestive title, a mystery page-turner à la “The Da Vinci Code”. “The Secret History” is a skillfully written psychological thriller with gratifying hints of the dark academia vibe.

Its main characters are five students attending a small New England college by the name of Hampden. What’s special about them is that they all belong to an elite, hand-picked group of young scholars dedicated to studying ancient Greek under an eccentric old professor revered as a major authority in the world of classical philology. The novel is full of quotes and allusions to Greek literature, philosophy and religion, but they are there not just to add to the elitist feel of the place or to underscore the superior, classical education of the characters: they play an integral role in the twisted plot that ultimately leads to murder.

We get to learn about it from the very first sentence in the Prologue – and very soon after, we are also told who did it. As the author herself said in an interview, the book is a ‘whydunit’, not a ‘whodunit’. The suspense thus lies in what awaits in the following 500+ pages, which is for the most part an elaborate exploration of the interpersonal relations within the closed circle of young scholars, the complexity of their troubled characters, and the ambiguous role played by their mentor, the venerable professor.

It all feels a bit like a Greek tragedy set in contemporary America. At least that’s how the narrator sees it, feeling that it’s fate rather than free will that holds the reins. To this sense of old-world fatalism we must add Tartt’s treatment of the Dionysian aspect of the ancient Greek religion, which, as our budding classicists discover in a dramatic and immediate way, turns out to be too wild, orgiastic and shockingly beastly. It makes (or, rather, allows) people do the unthinkable, transcending the right and wrong of conventional ethics.

Never mind who committed the murder or even why exactly; the questions sound almost prosaic. The real, lingering ones have to do with the Greek thought – religious and philosophical – and its legacy of wrestling with the notions of beauty, good, and evil. Tartt reveals all kinds of her characters’ personal secrets in “The Secret History”, but the answers to those ultimate questions remain elusive.